Central Museum of the Air Force of the Russian Federation / Monino

The Central Museum of the Air Force at Monino was founded in 1956 on a former military airfield in the outskirts of Moscow. Even by the end of the Soviet era this museum was accessible only to Soviet military personal, even up until the early 1990’s a visit to this remarkable museum was only possible through an advanced reservation. By 2001 the museum had become fully independent and is now open to the general public. On my first visit in 1995 the weather conditions were terrible but what was even worse was the overall condition of the museum and its very rare exhibits. Most of the aircraft were in a poor condition with their undercarriage barely visible due to the overgrown grass, fortunately however this is a situation that has now completely changed. The entire site is now in wonderful condition with many of the aircraft now fully restored (restoration is still ongoing with several exhibits such as the Lisunov Li-2, Tupolev Tu-22M3 or the extremely rare Ilyushin DB-3) in a typical Russian down-to-earth way. Restoration work on the outside of the aircraft is carried out when necessary (using the original colour scheme and paint) while work on the inside of the aircraft is only undertaken where necessary and apparent. This is unlike German museums where restoration brings the entire aircraft back to a brand new factory finish costing millions of Euros and a considerable amount of time. One has to question the value of restoring aircraft to this condition when its apparent they will never fly? A prime example is the stunningly restored Heinkel He-111/CASA 2.111B at the Deutsche Museum in Oberschleissheim.

Not only is it the quantity of aircraft on display (currently there are more than 170 aircraft belonging to the museum!) which makes Monino so remarkable but also the quality of what’s on display. In most museums you can find something “special” or “unique” and in some places the aviation enthusiast can even find the lone sole survivor of a certain type or the only existing prototype etc. In Monino almost every aircraft is either unique and/or very special. Besides modern Soviet-era aircraft such as a MiG 17,  MiG 21 or even a MiG 23, which can also be found in a number of Western aviation museums, you can also find a huge range of prototypes which the former Soviet aircraft industry first brought to the skies! These incredible aircraft such as the Sukhoi T-4 or the Myasishchev M-50A stand side by side with the first prototype of the famous Sukhoi Su-27 (originally designated T-10) and one of only two prototypes of the biggest helicopter ever built, the awesome Mil V-12 (NATO Code: HOMER).

Almost the entire range of strategic bomber aircraft designed by the Russian aviation industry are on display at Monino. When you enter the museum the very first exhibit is a common sight to Western visitors, nevertheless it is still a Russian aircraft! I’m talking about the Tupolev Tu-4 (NATO Code: BULL), which is a direct copy of the famous Boeing B-29 SUPERFORTRESS. In 1944 the Russians “received” three aircraft of this type courtesy of the USAAF, a result of these machines running into trouble during their bombing missions over Japan. The respective pilots had to land their aircraft in Vladivostok where the crews were interned and later sent back to the US via a route through Persia. The B-29’s were kept by the Russians and as decreed by a personal order from Joseph Stalin the most advanced strategic bomber of its time was reverse-engineered and copied by the Tupolev OKB, the result was the Tu-4 an almost identical copy of the Boeing B-29. Still the T-4 had some differences when compared to the original, Russian built engines (Shwezov ASch-73TKFr), a thicker aluminium skin, Russian weaponry and the complete aircraft was based on the metric system. According to official sources some 847 aircraft of this type were built. They served until the late 1950’s and were eventually replaced by the huge four-engine Turboprop Tupolev Tu-95 (NATO Code: BEAR) and the jet-powered twin-engined Tupolev Tu-16 (NATO Code: BADGER). Both aircraft are on display at Monino along with the magnificent Myasishchev 3M (NATO Code: BISON). This aircraft made its maiden flight on the 20th of January 1953 (designated M-4) and served (in the tanker role) until 1994! The Myasishchev 3M was more or less the Soviet equivalent to the mighty Boeing B-52 STRATOFORTRESS.

The Yak-23 was a formidable aircraft, although it was inferior to more modern swept wing designs such as the MiG-15.

Russian military aircraft have never looked particularly beautiful – at least not the types built between the late 1940’s and the early 1960’s (before I create an uproar among the aviation enthusiasts, this is only my personal opinion!). One of the most unusual looking aircraft was the Yakovlev Yak-23, a derivative of the Yak-15/17 series, which on the other hand were based on the very successful Yak-3 piston engine fighter. Equipped with a copy of the Junkers Jumo 004 jet engine the Yak-15 together with the Mikoyan & Gurevich MiG 9 (also on display) were the Soviet Unions very first operational jet fighters. The Yak-23 looked quite similar to the Yak-15/17 but was a new design using an unlicensed copy of the British Rolls- Royce DERWENT V centrifugal jet engine designated RD-500 (RD is the acronym for Reaktivnyy Dvigatel meaning jet engine). This engine was not only more reliable when compared to the RD-10 (Jumo derivative) but also produced almost twice the amount of thrust. The Yak-23 was a formidable aircraft, although it was inferior to more modern swept wing designs such as the MiG-15. This is why only some 310 aircraft of this type where ever built. Twice as many aircraft were manufactured from another type originating from the drawing board of the Yakovlev OKB, the Yak-25 (NATO – Code: FIREBAR) a twin engine long range fighter used exclusively by the air force of the Soviet Union. As the early types of Russian radar were pretty much ineffective (actually almost completely useless) some of these aircraft were later converted into test beds and target drones. The Yak-25 series was developed into the relatively successful Yak-28 (NATO – Code: BREWER) with 1,180 aircraft built it was also the last operational fighter/bomber design from the Yakovlev OKB to be used by the Soviet/Russian Forces. In comparison with the aforementioned aircraft, the Yak-28 did see limited active service in the Afghan war in the early 1980’s.

Besides the many exhibits from the early days of the so called COLD WAR you can also see more modern types, some of them (the result of these developments) are still in operational service within the Russian Air Force and other customers today. Of course, a great development of the first prototype, the T-10-1, became the famous Sukhoi Su-27/30/35 (NATO Code: FLANKER) series. This aircraft made its maiden flight on the 20th of May 1977 with Vladimir Iljushin (son of the famous aircraft designer Sergej Iljushin) at the controls. The second prototype (T-10-2) crashed just a year later killing the test pilot. Unfortunately the original design of the early T-10 aircraft had a lot of drawbacks which let to a major redesign.   The final version, designated T-10-S later became the Su-27 FLANKER a name very well known outside of Russia. The next aircraft is maybe not that glamorous but still is an impressive machine. I’m talking about the Mikoyan & Gurevich MiG-31 (NATO Code: FOXHOUND) Heavy Interceptor. This aircraft is based on its predecessor, the magnificent MiG-25 (NATO Code: FOXBAT). By far not as manoeuvrable as the Su-27 or even the Su-35, but by way of its main virtue of speed (Mach 2.83) this aircraft is still very highly regarded by the Russian Air Force and will remain in active service until at least 2030!

On the left hand side stands the largest rotary aircraft ever built, the truly impressive Mil V-12 helicopter.

When entering the museum at the main gate you can see on the right hand side is the aforementioned  Tupolev Tu-4. On the left hand side stands the largest rotary aircraft ever built, the truly impressive Mil V-12 helicopter. Newly painted in the colours of Aeroflot the dimensions of this incredible machine are absolutely unbelievable. The V-12 used a transverse rotor system based on the German Focke Achgelis FA 223. For an aircraft in this size (the V-12 is larger than a Lockheed C-130 HERCULES!) the use of a single main rotor and  tail rotor for torque compensation was not seen as feasible. The maiden flight of the prototype took place on 10th of July 1968. Only two prototypes were built that set a series of world records (including the first prototype to set the world record for rotary aircraft by lifting a payload of an amazing 44,205kg!) Both aircraft still exist, the first prototype is still at the plant of the Mil OKB and No.2 aircraft was donated to the Monino museum where it can now be seen. Another rare helicopter was the Yakovlev Yak-24 (NATO Code: HORSE). This aircraft used a design similar to the Boeing Vertol CH-47 CHINOOK and Piasecki H-21 FLYING BANANA in that its tandem rotor configuration relinquishes use of a tail rotor by having two counter rotating main rotors. As this was the first helicopter designed by the Yakovlev OKB, the Yak-24 suffered from several setbacks which resulted in a very small production run. The Yak-24 was replaced by the much more reliable Mil Mi-6 which of cause can also be seen at the Monino museum.

VERDICT: There are so many great aircraft on display at this outstanding museum it’s very difficult to mention all of them in a single article (well, we could but the entire article would be about the size of a book!). A visit to Monino is an absolute must for anybody interested in aviation but make sure you allow plenty of time for your visit – it is definitely worthwhile to spend at least a couple of hours if not an entire day there. This small article gives you just a glimpse of what is on display at the Central Museum of the Air Force in Monino – The rest you can explore yourself! 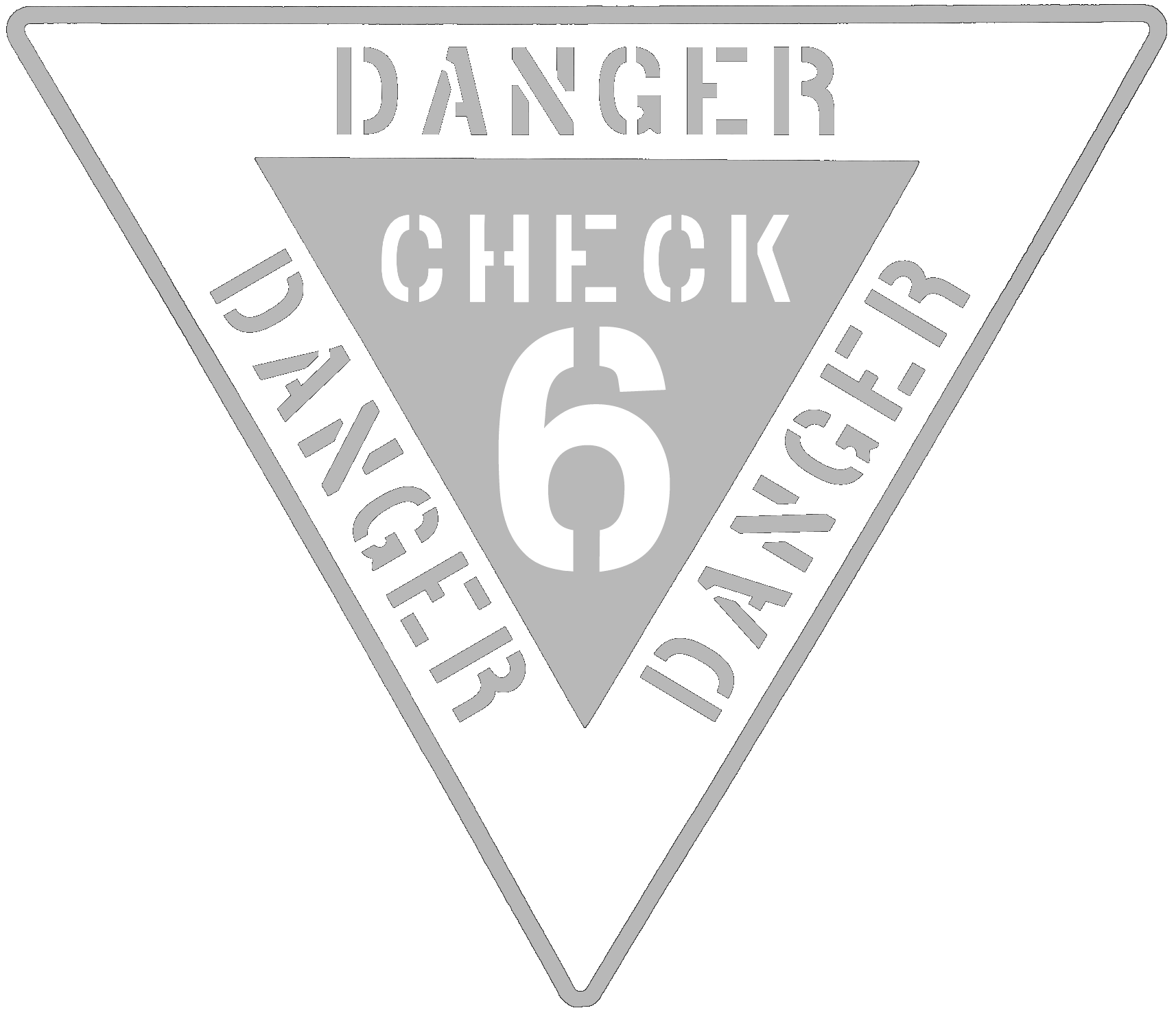